The tastiest peanut butter cup granola mixed into a creamy and delicious yogurt parfait. A healthy and flavorful breakfast that can easily be taken on-the-go. 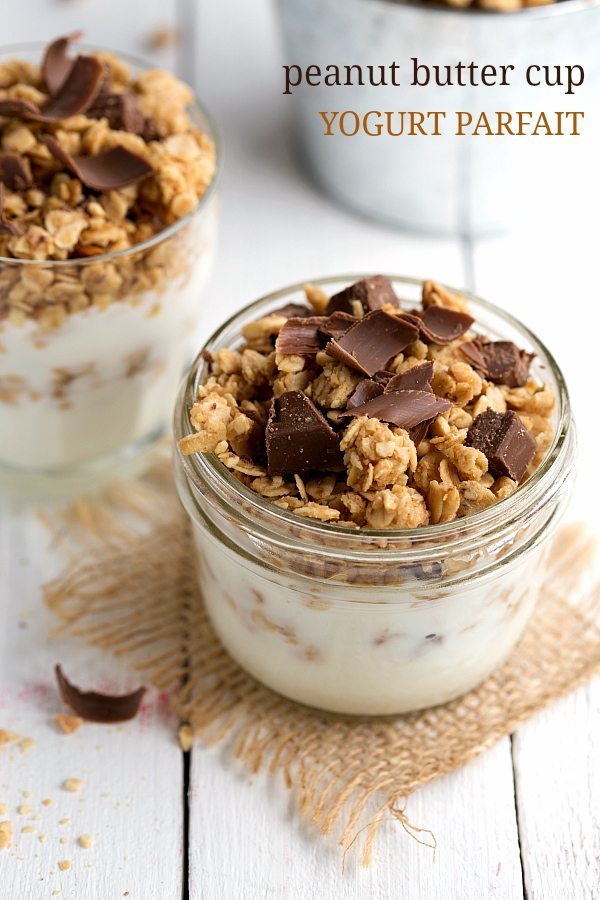 It’s time we talk about one of my favorite people ever which would be my father-in-law. The first time I ever met him I was on my second date with my now husband.

My (now) husband had gone home from college for the weekend. I happened to be pretty close to his parent’s home so he invited me over to see a movie at his home. When I came into their house (after obviously driving around lost for close to an hour because that’s just how I do things), he introduced me to his parents and guess what his dad did? He came right over and gave me a big hug. He gives some of the best hugs by the way.

Anyways I thought that was the cutest thing ever and instantly fell in love with his parents. Which is a good thing since they are my parents kind of now too. So you may be wondering why I’m telling you gushy dating stories or introducing my father-in-law here on the blog? Well the reason is this recipe is all his idea.

Several months ago, we were skyping with my in-laws and they were asking me about how my blog was doing. My father-in-law told me he had “the best idea for my blog.” Totally intrigued I asked him what it was to which he responded “Do a whole week-long series of yogurt parfaits!”

And since telling me about his great idea, I think he has brought it up half a dozen other times. Okay probably only a few more times, but I love whenever he reminds me that I haven’t done the parfaits on the blog yet and that I need to hurry and get on that idea! I think it’s really sweet that he thinks about my blog enough to come up with an idea, especially since food blogs aren’t really his thing. I mean, he did ask me a question about Betty Crocker and called her Betty Crochet. 🙂

While I doubt my creativity to come up with an entire week’s worth of parfaits that aren’t the same thing (yogurt, granola, and fruit), I am very excited to share this one. And of course dedicate it to my father-in-law so I can finally tell him I put a yogurt parfait on my blog. All credit to him of course. 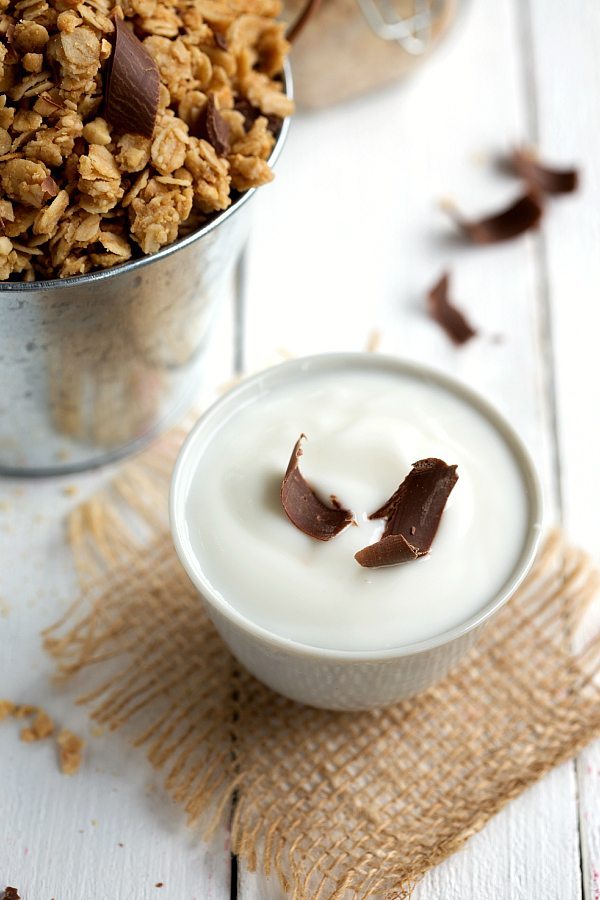 Mix some of that creamy delicious yogurt with this crunchy and tasty (plus super easy) peanut butter cup granola and you’ve got one heck of a delicious breakfast parfait!

Plus the chocolate curls…because I just had to 🙂 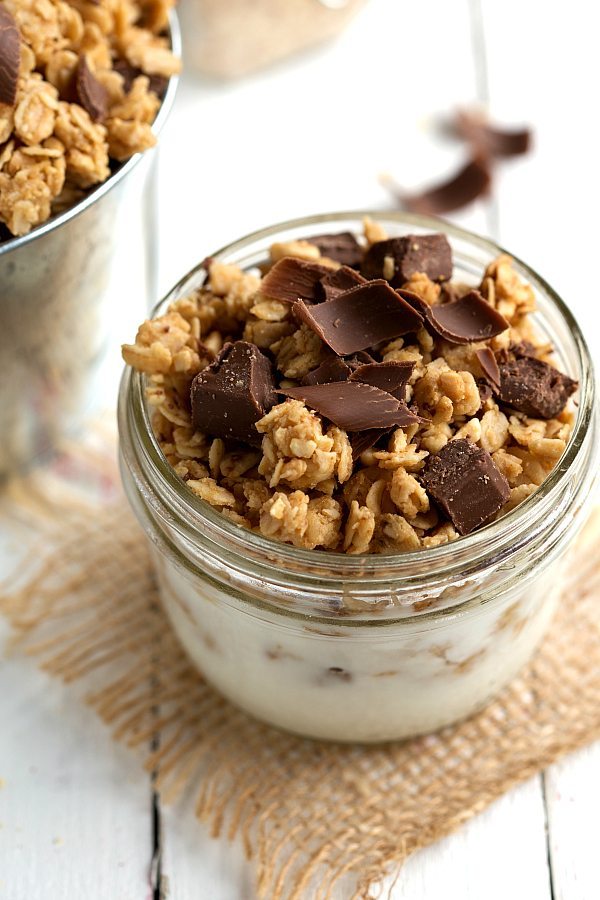 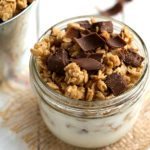