A triple chocolate protein shake. Have it after a work-out, as a snack, or even for breakfast! 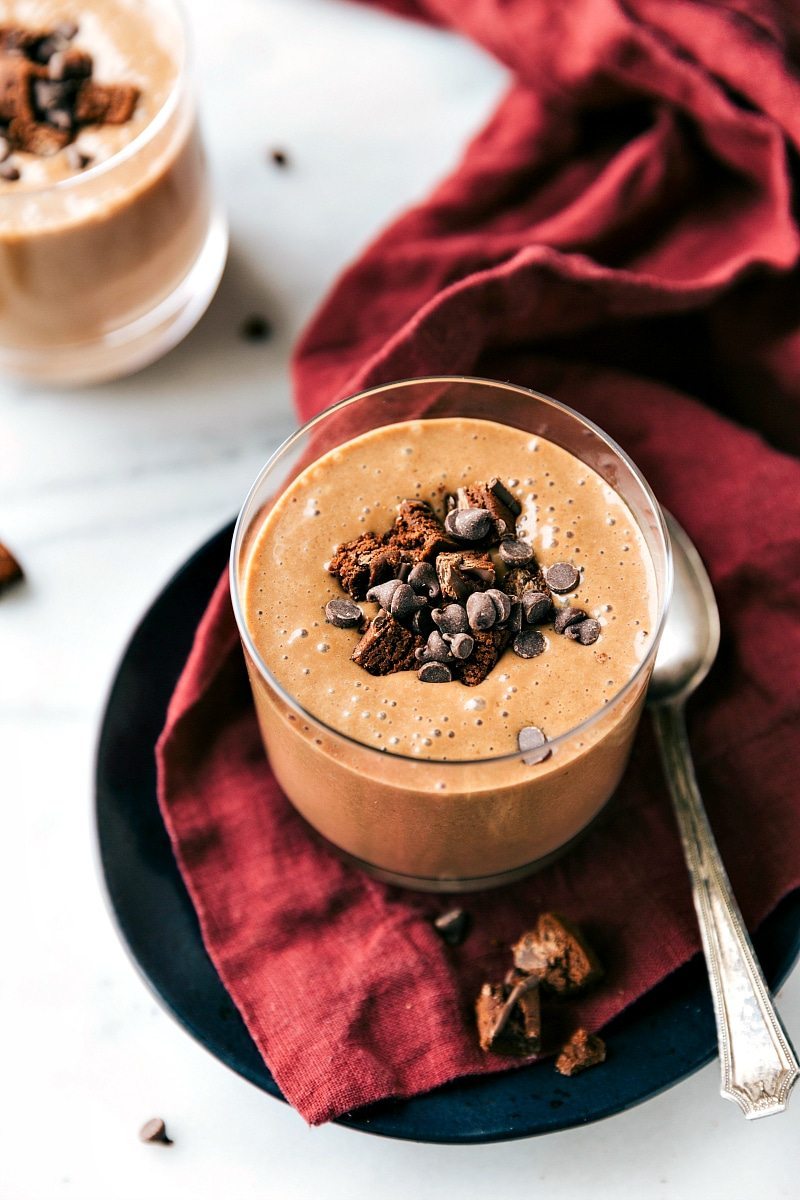 I guess I phrased that wrong. Brownies are not the problem. The problem is, I can’t stop at just eating one. Does anyone else lack the self-control to stop at one brownie? Please tell me I’m not the only one!

A simple solution could be to not make brownies. That would solve my problem right? But its not that easy. Because I have a husband that adores brownies. Thick fudgy brownies topped with ice cream and hot fudge = one of his favorite treats. So whether I make them or not, they will end up on our counter. And if I don’t buy the mixes? Well, he takes care of that too. (Hello five boxes of brownie mixes that I did not buy but are in my pantry!) 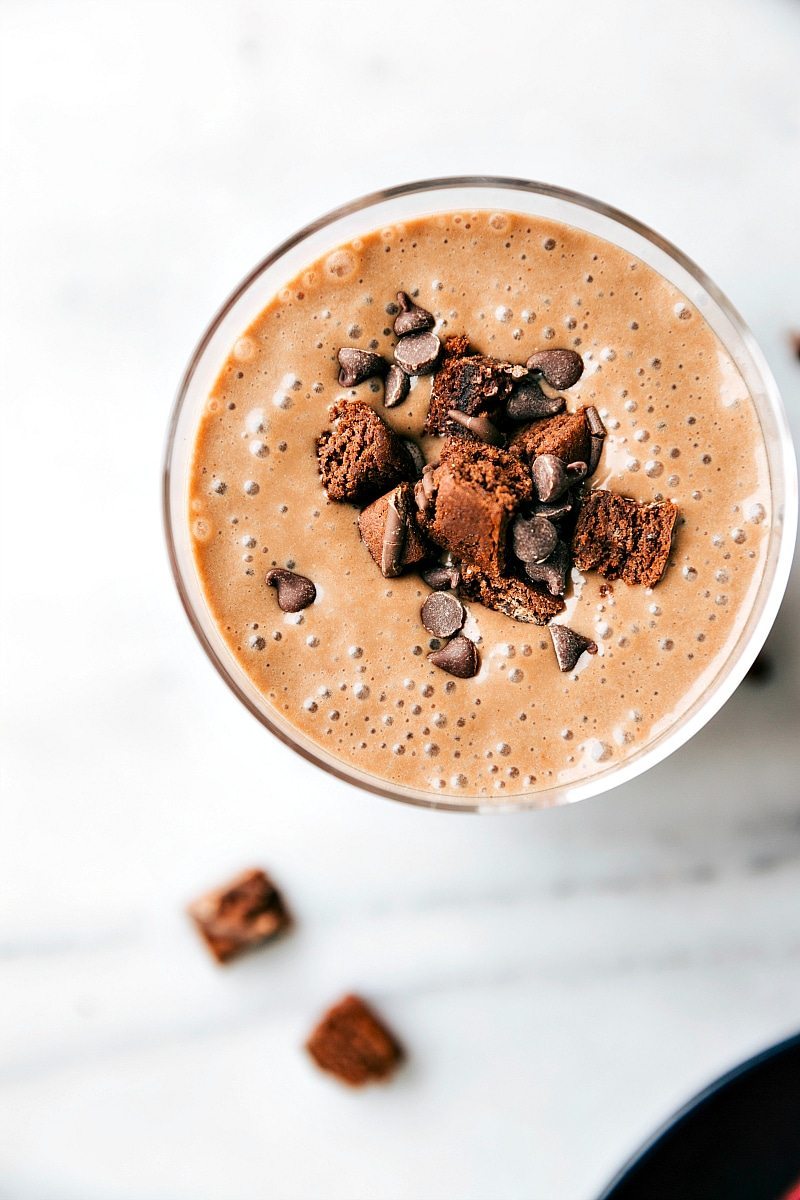 So, in order to keep myself from eating an entire batch of brownies (and buying a bigger size of jeans), I’ve had to resort to creativity. Because, you see, I still have to get my brownie craving fix, but without eating all of those brownies…

And the creativity paid off! I created a shake that not only fixes my craving for brownies, but its healthy too! Healthy enough for you to have like five shakes to one brownie. …Does this mean I can eat five brownie shakes?…

The great thing is, there is a lot of protein in this shake between the yogurt and the protein powder included. That means it will leave you fuller for longer. Much longer than the simple sugars found in brownies. 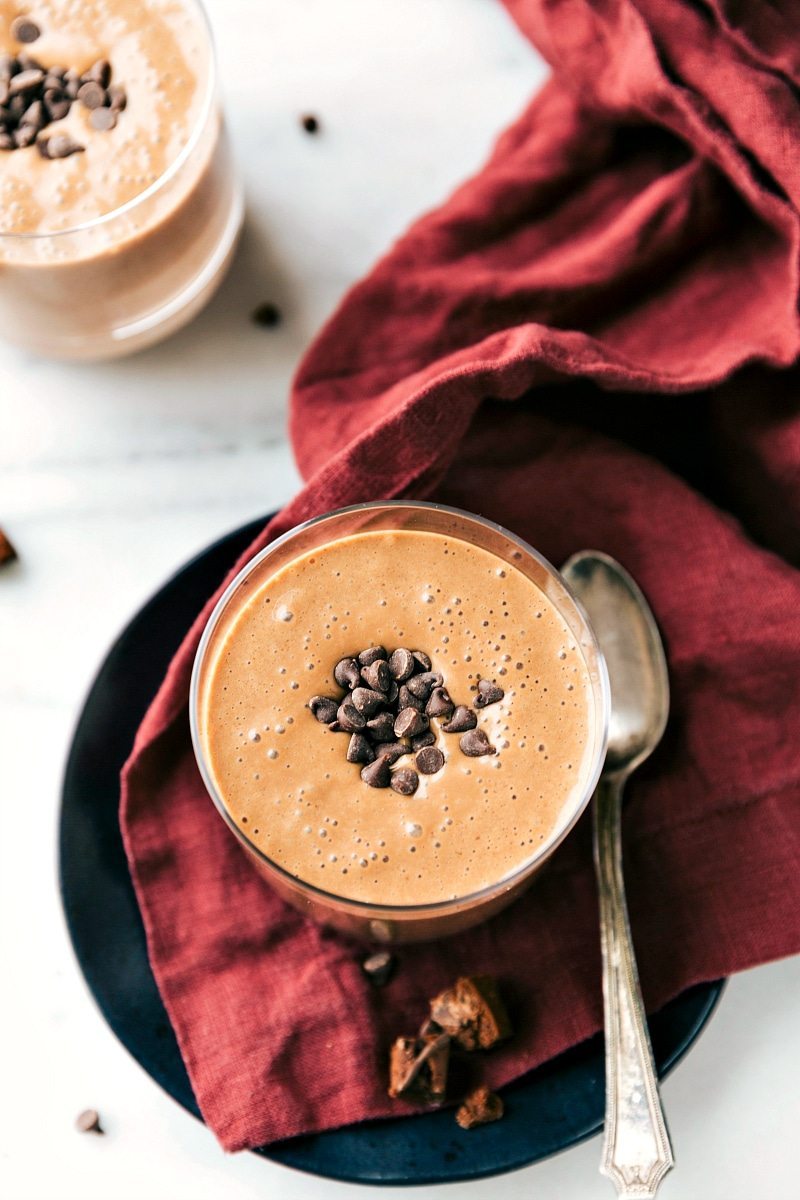 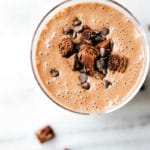 *When your bananas are ripe, cut them up in coins and then put them in a small ziplock bag. Freeze overnight or until solid.