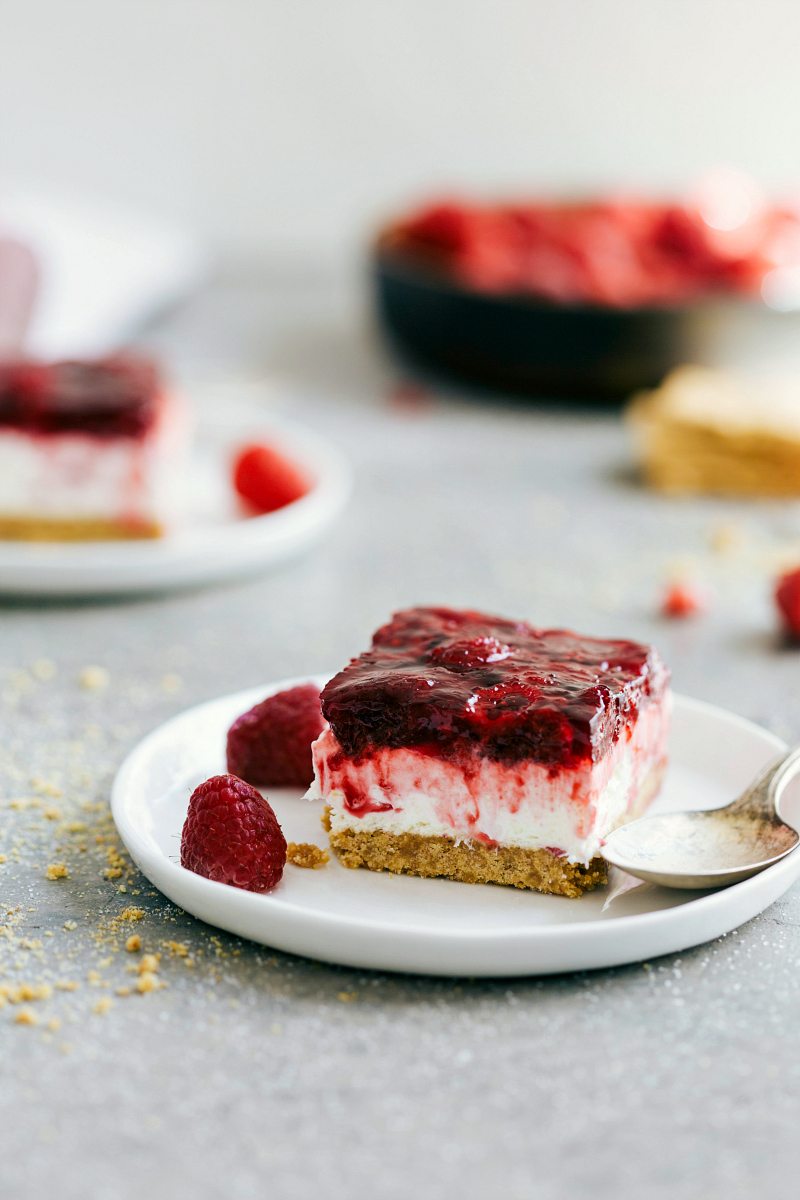 We’ve moved into our new place, but we’re still quite aways away from being totally unpacked. You know, because I’m spending time making raspberry jell-o cheesecake bars instead.. ?

One of the things we bought to make the move easier was a bunkbed for the two boys to share. We found one on a great deal and I showed them pictures as we were waiting for it to get shipped to our home. To say they’ve been excited is an understatement.

Finally the day arrived and the bunkbed was delivered. Both boys stood at the door in total anticipation and watched as the delivery guys brought it in. By the time the final piece came in, both boys were beyond themselves excited.  I had to get a video of their excitement! As soon as I started the video, Grey was jumping up and down so vigorously that his pants slid right down to his ankles. Without even skipping a beat, he bent down and pulled them up and continued to jump and squeal about the bed. 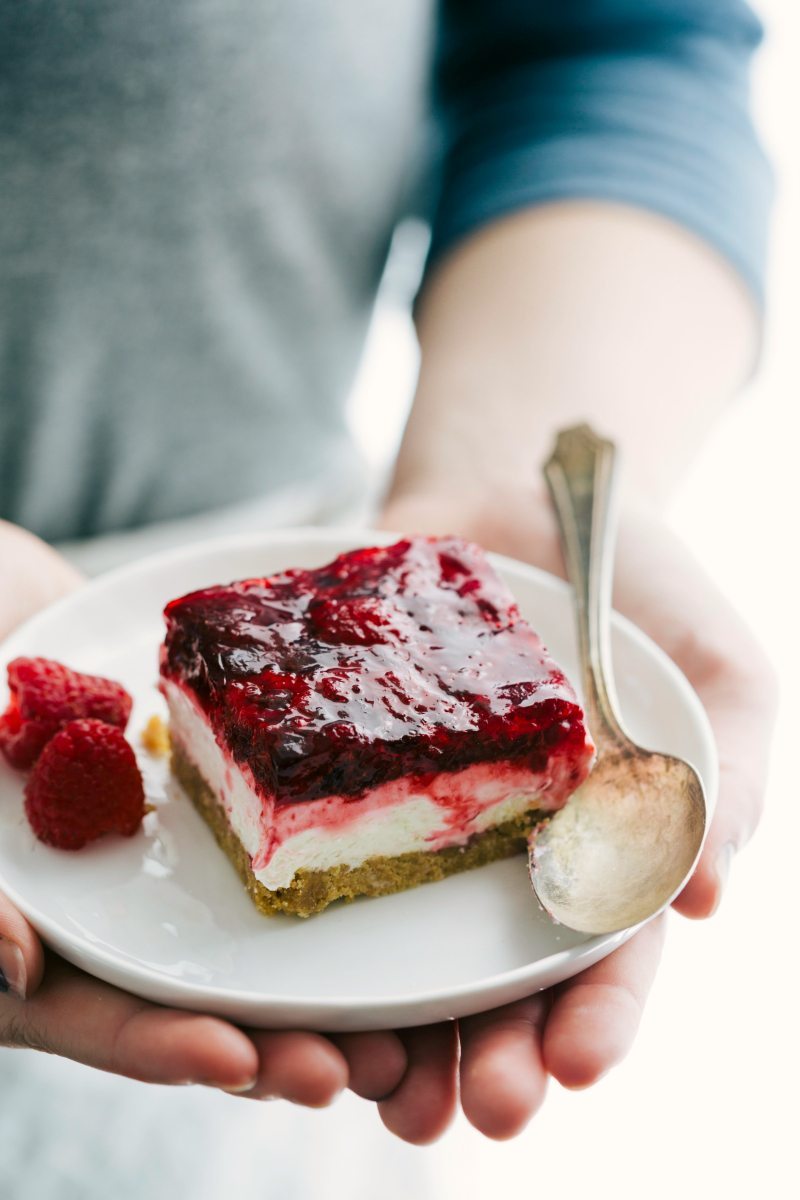 I can also tell you that making this dessert was *almost* as popular as purchasing that bunk-bed. The boys love this treat. I don’t let them have a whole ton, but the piece they get each day is inhaled within seconds!

This recipe is adapted from the famous “Strawberry Pretzel Salads” that proliferate the internet. If you’ve never had a strawberry pretzel “salad” then you are seriously missing out. Strawberry pretzel salads are hands-down one of my favorites and I make them (or this variation today) several times every Spring/Summer.

I’ve made enough changes on the original that I think it deserves being shared on this site. Although I don’t know the original creator of these dessert bars (also called a salad?), I’m sure that person would be one of my very best friends.

These bars have a few variations from the original which personally I think makes them even better! Of course I’m biased 🙂 Since I think they are way more dessert than salad, I’ve made them into more of a dessert with a buttery graham cracker crust. Next, the cheesecake layer has a bit more sugar + some vanilla. And finally, we’ve switched out fresh strawberries for frozen raspberries. I’ve found this dessert always sets up better with the frozen raspberries, because the jell-o doesn’t have to sit at all — you can add it to the top immediately. (!!!)

All in all these bars have a few steps, but they are all super quick and simple. I promise these are well worth the time and efforts — you’re going to LOVE them! 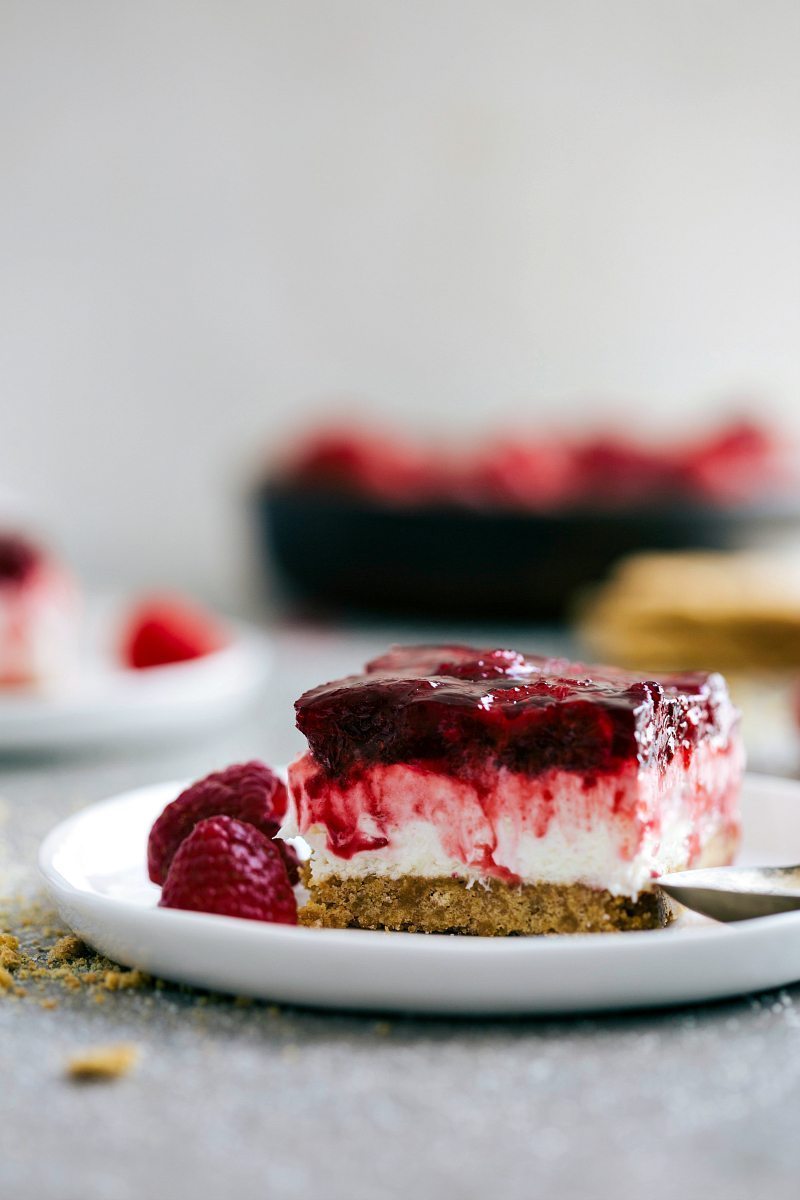 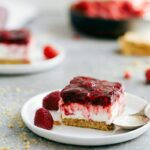 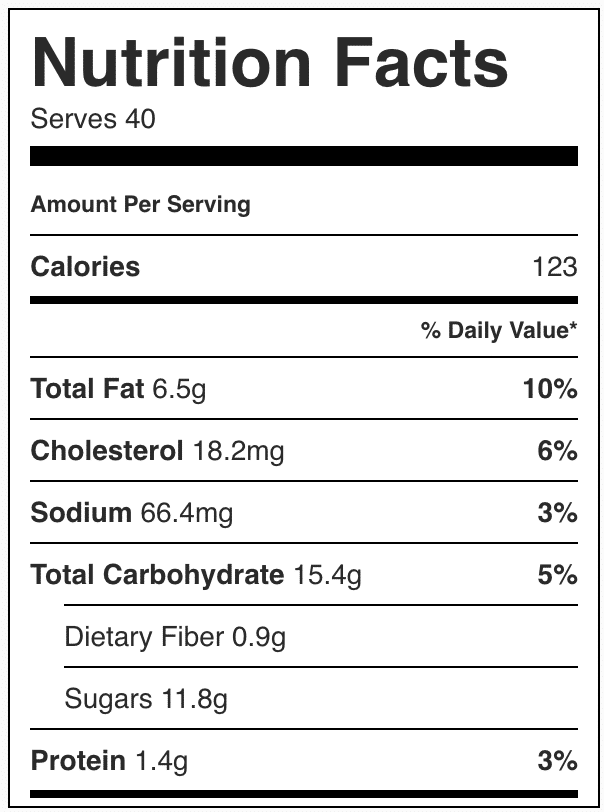 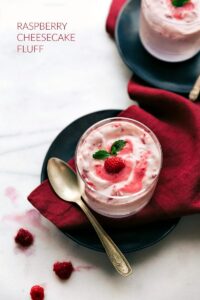 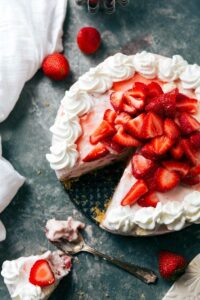