No-bake cookies packed with good-for-you ingredients and packed with protein powder. The perfect breakfast, snack, or pre-work-out treat that tastes just like a decadent cinnamon roll! 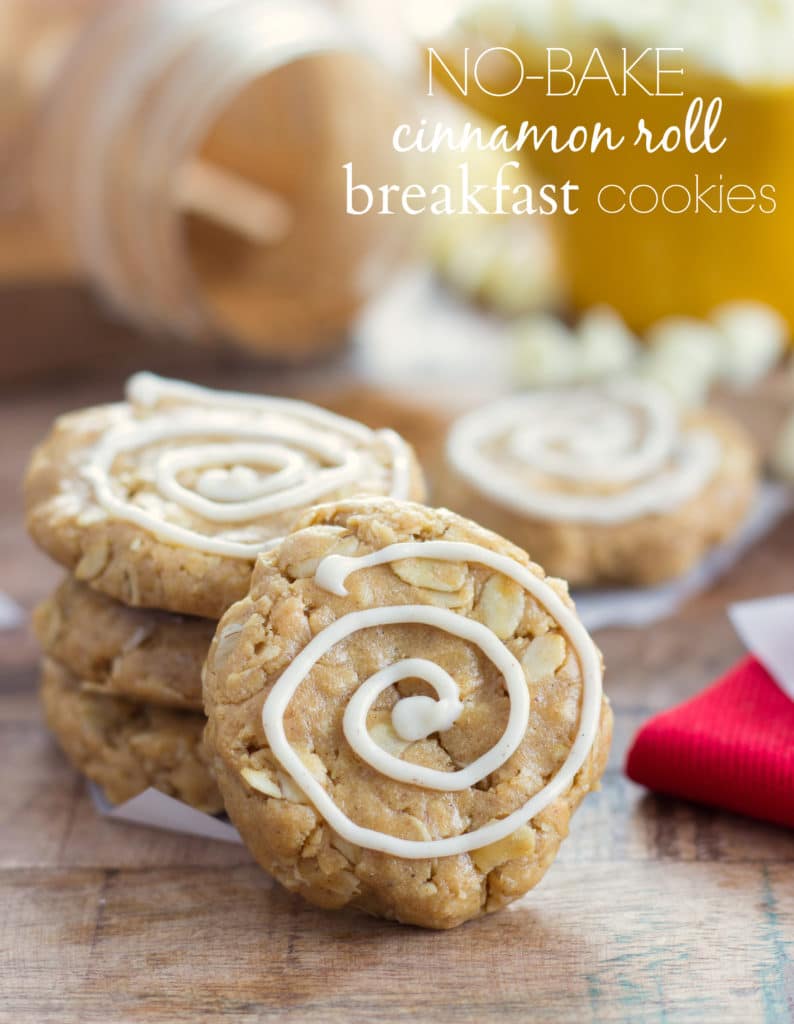 But, I have to admit. These ones are my favorite. I mean, they are CINNAMON-ROLL flavored people!!

And, I don’t know about you, but I would love to eat like 5 cinnamon rolls every morning for breakfast, but my skinny jeans would not be so appreciative. Next best thing? Cinnamon-roll flavored breakfast cookies. And yes, my skinny jeans were so grateful I invented these.

They thanked me like twenty-eight times. And no, I’m not found in my closet talking to my skinny jeans for very long each day… 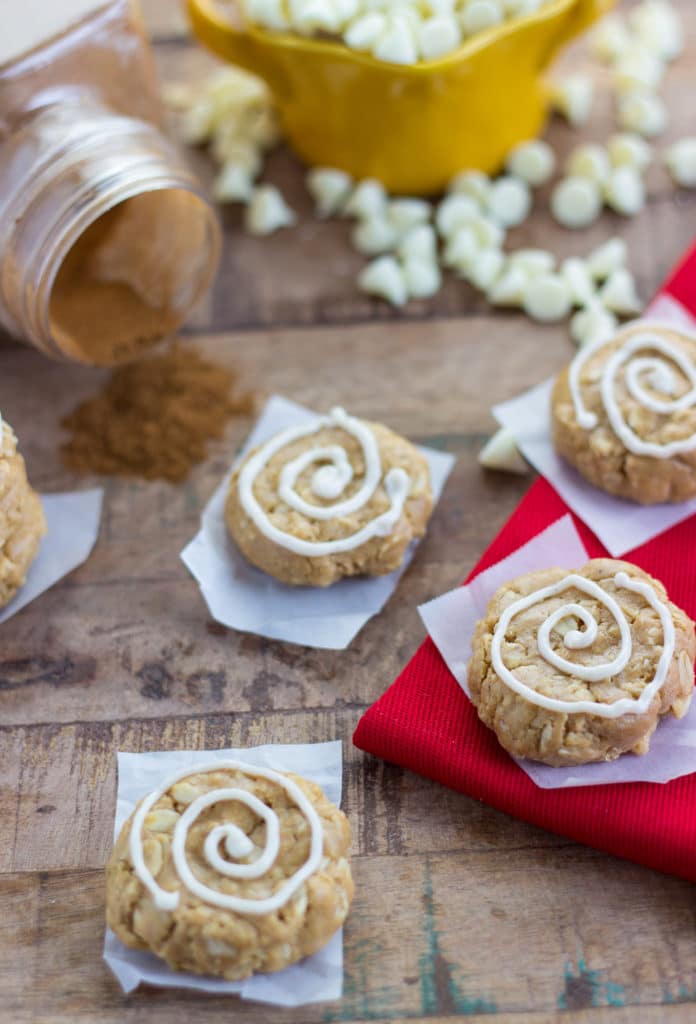 The other good ingredients in these cookies are old-fashioned oats, rice krispies, a little bit more cinnamon, some honey, and a tiny bit of vanilla extract.

And these cookies seriously take about 5 minutes to make. And that includes removing all the ingredients from your pantry and putting them back! Did I mention they are no-bake?!

The drizzle on these cookies isn’t say the healthiest – so it’s optional. But if these are for a snack, I’d say definitely include it! The drizzle is made from melted white chocolate and a little bit of vegetable oil. Some more of the cinnamon bun protein powder and cinnamon is added in.

I put the white chocolate mixture in a small resealable bag and then cut off the very tip so I could “pipe” the chocolate onto these cookies. You could drizzle the chocolate on a different way if you don’t care about how they look 🙂

Just you wait til you try these. Not only will your taste buds be doing a happy dance, but your skinny jeans will thank you too! 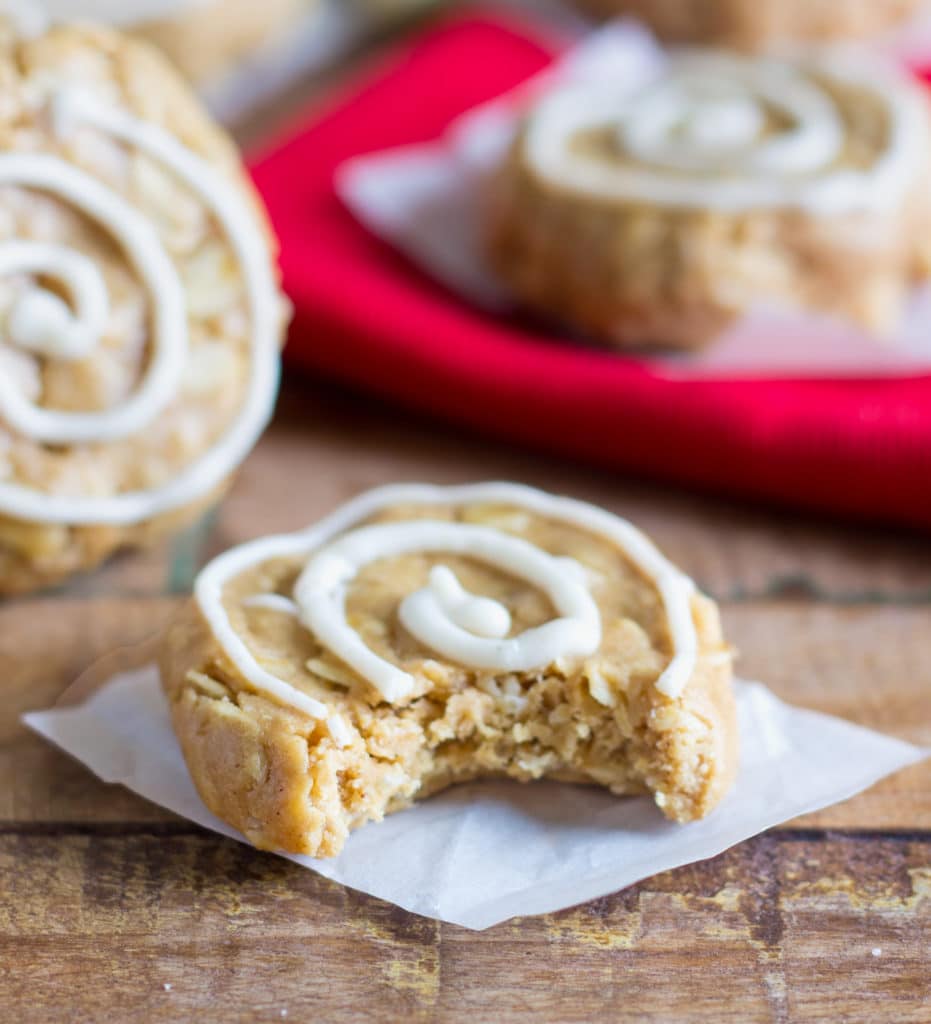 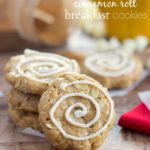