Simple, no-yeast, time saving cinnamon rolls made in a skillet and covered with a creamy glaze. This cinnamon roll skillet cake takes less than 10 minutes to assemble and is a crowd-pleasing dessert! 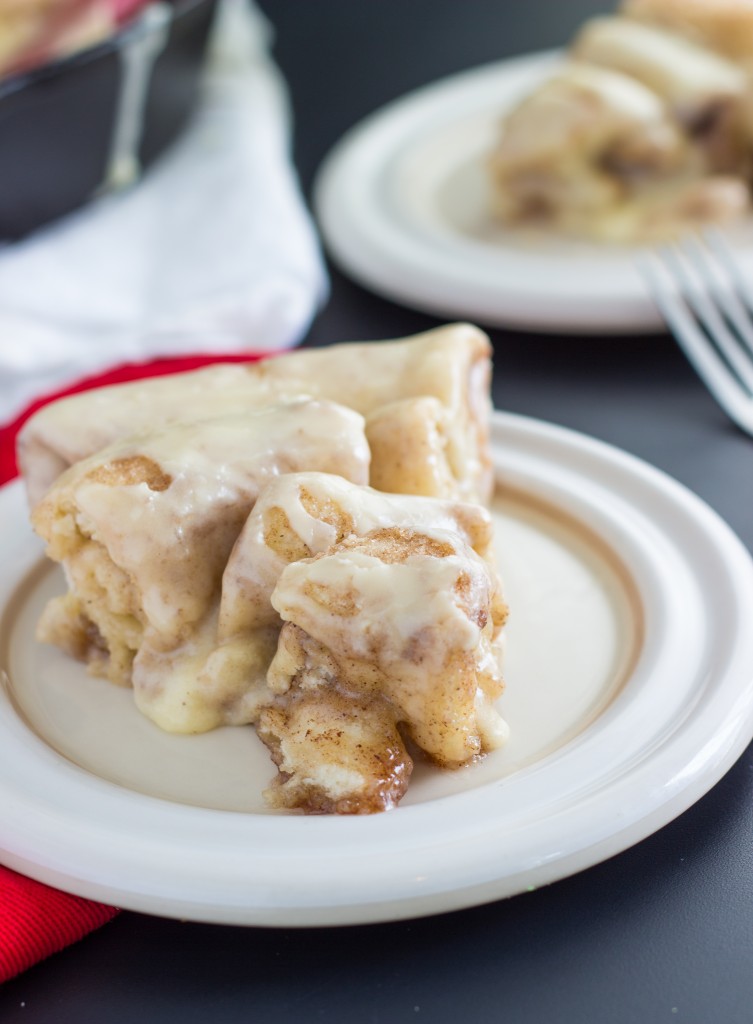 I hope I’m not being too bold here, but I think I just reinvented cinnamon rolls.

I love skillet recipes. I’ve featured a skillet pizookie and a cherry crisp in a skillet.

And today, I’m bringing you a skillet cinnamon roll cake that is seriously easy, takes very little prep, and is AMAZINGLY delicious.

Well, in our defense, it might have had something to do with the fact that we were eating Lucky Charms bundt cake on the 3 day…

Anyways, let’s get to the point of how incredibly simple this skillet cinnamon roll cake is to make.

The actual cinnamon roll part is only 4 ingredients! And none of the ingredients include yeast (!!!)

Using a rolling pin (or even your hands) you’ll flatten each biscuit as thin as possible. The biscuit then gets dipped in some melted butter (shake off excess) and then gets drenched in a cinnamon-sugar mixture. Shake off excess again.

Each biscuit gets rolled up one side to the next and then placed on the outer edge of the skillet. Working around the skillet in a spiral, each biscuit is placed next to each other seam side down until you reach the center. One biscuit will then get rolled up side to side and then cinnamon roll fashion to make the very center.

And while this skillet cake is baking (and making your house smell like heaven on earth), the frosting gets whipped together.

Which is, another 4 ingredients: powdered sugar, butter, vanilla extract, and milk or heavy cream.

The powdered sugar, butter, and vanilla extract get beat together until combined. Then slowly add some milk or cream to get the frosting to your desired consistency. 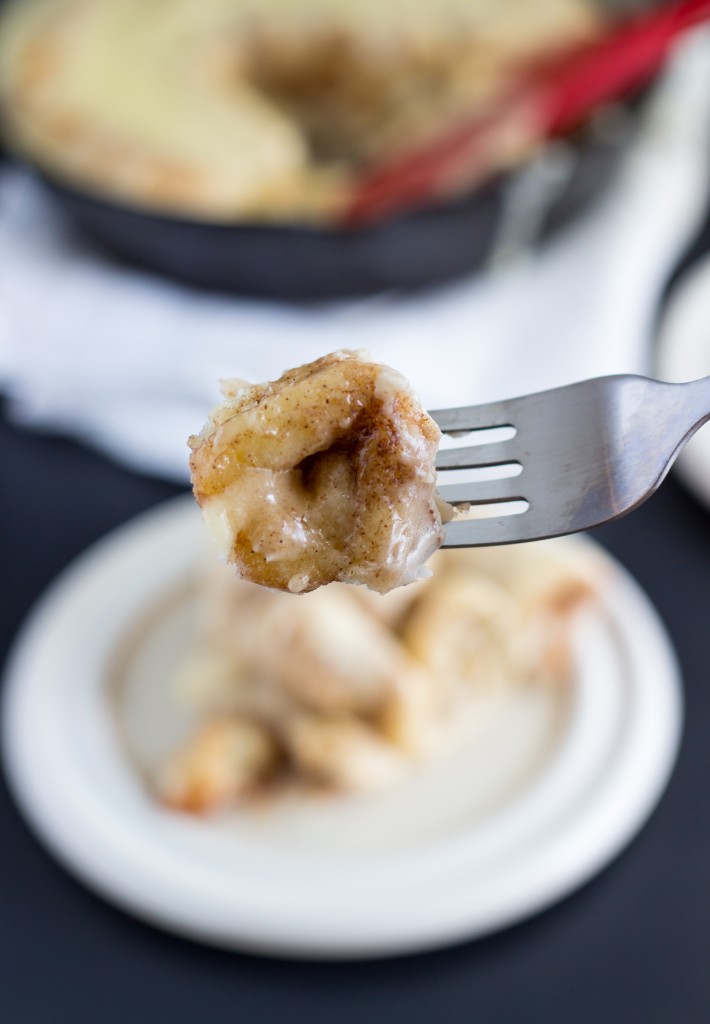 You can easily pipe the frosting using a resealable bag and cutting off the tip of the bag and then squeezing the frosting through the hole in the bag. Alternatively you could just spread the frosting on with a knife.