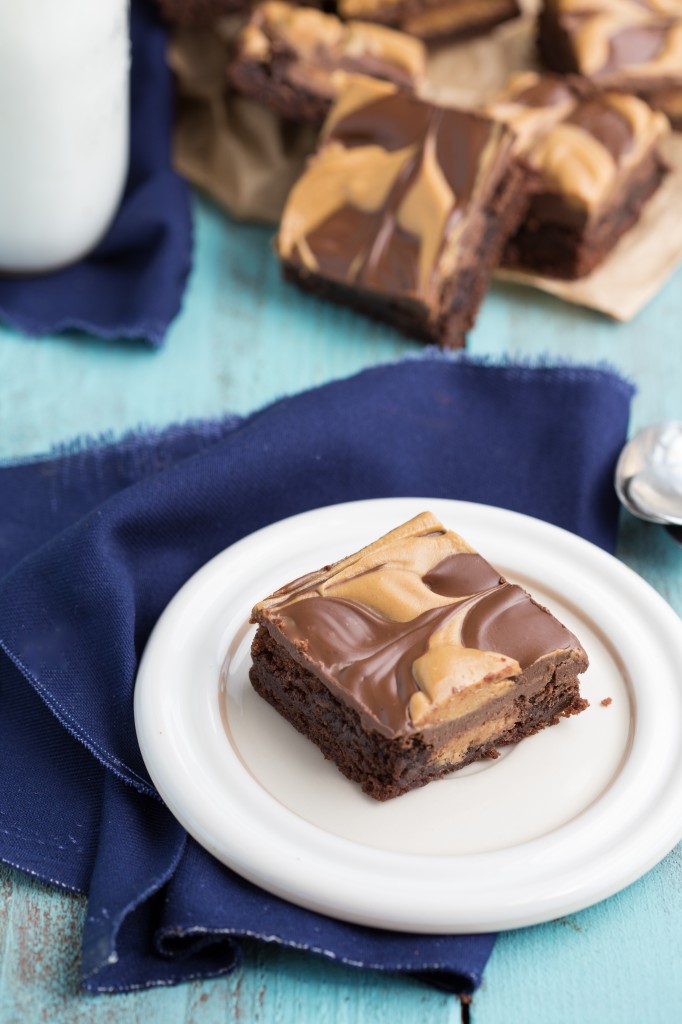 You know those thick-frosted brownies you see at bakeries? Yeah, those have nothing on these. Layering peanut-butter cup fudge on top of brownies that have peanut butter cups inside of them is about a bajillion times better than frosting.

And I l.o.v.e. frosting. But peanut butter cups? And a thick layer of pretty much pure chocolate and peanut butter? Yeah, I’m fine to set aside the spoon filled with frosting. At least for a minute… 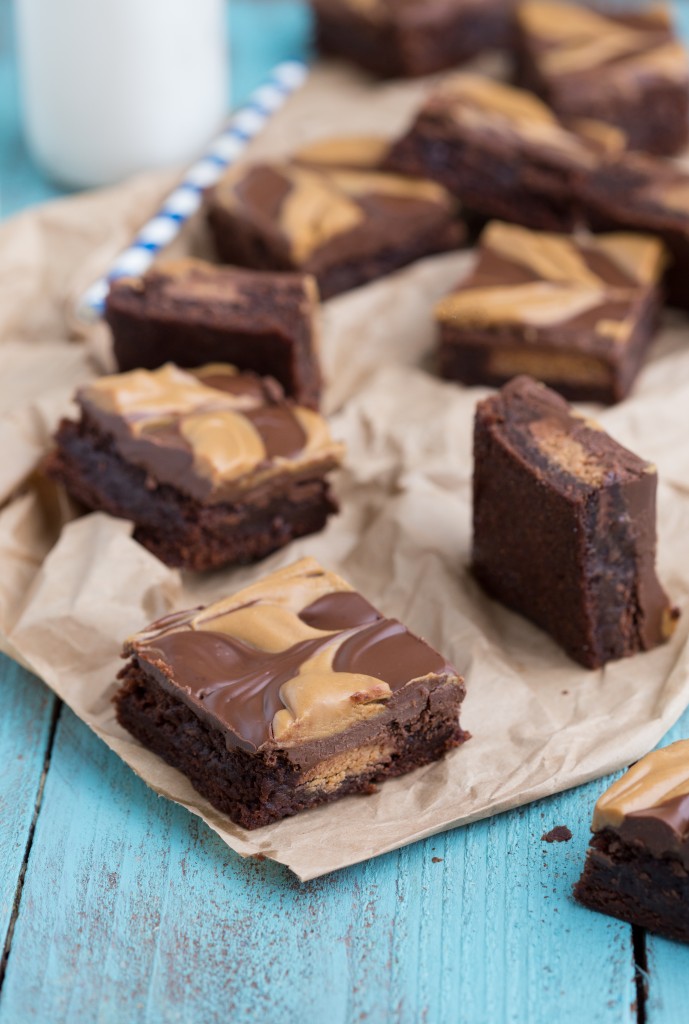 These actually started out as an anniversary dessert to surprise my hubby. But then I went overboard like I always do, stuffing more candy and chocolate in these brownies. Which I clearly forgot is a “no-go” in the husband’s book. He likes his brownies 100% plain (yeah, I can’t even put chocolate chips in em!!). So I guess I’m that type of person making myself anniversary desserts. I’m such a good wife.

And here’s my husband who planned a whole surprise weekend giveaway for me AND took me out to dinner on our anniversary AND ordered a ginormous brownie sundae for me. And I’m like – “here are some over the top brownies you won’t like because I didn’t leave them plain.” Seriously – #wifeanniversaryfail

But now I’m just focusing on a dessert to make it up to him. And in the meantime, let me tell you how much I love these brownies. Because if you like a lot of chocolate, and love peanut butter cups, and enjoy rich desserts? Well, you would have gone nuts for this surprise dessert.

Plus, they are pretty easy. I did a brownie mix because honestly, I have never found a homemade brownie recipe I like as much as the one that comes from the box. True story. And I’ve tried doooozens.

You partially bake the brownies and then remove them and press peanut butter cups into the mostly cooked brownies. Then back into the oven and they get finished cooking. 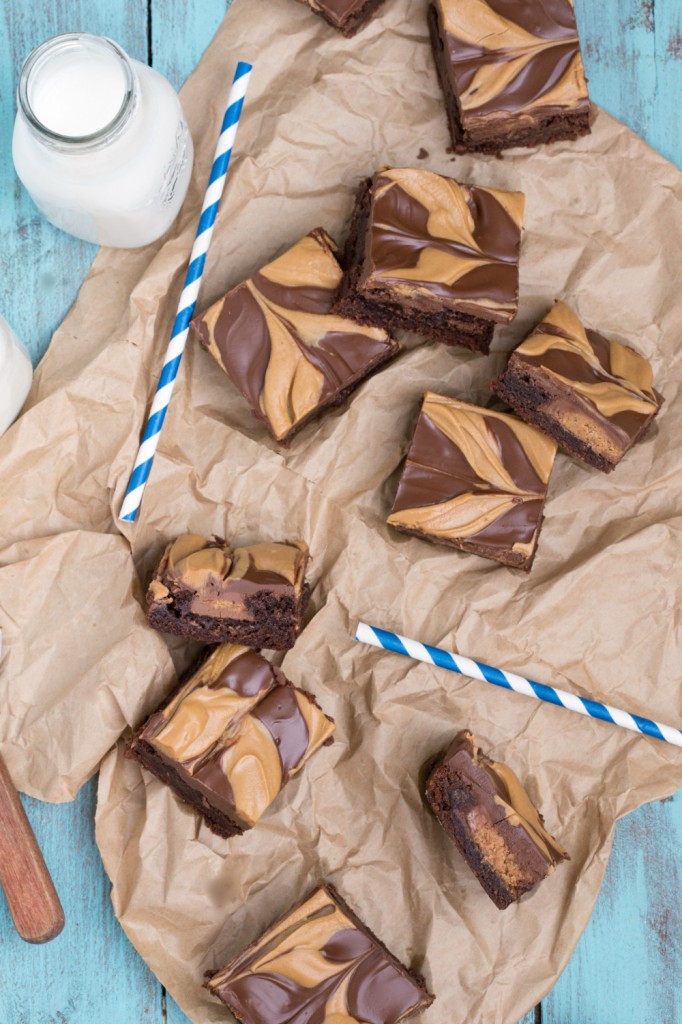 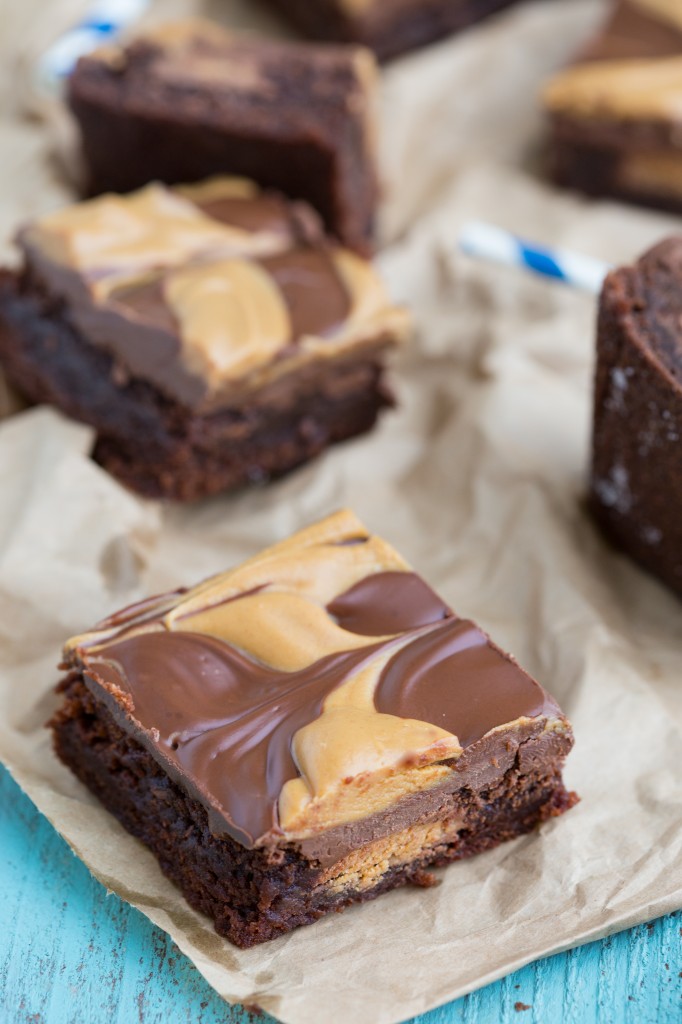 You’ll want to let the chocolate and peanut butter topping harden completely before cutting into these. It takes a few hours, but that can be sped up by placing them in the fridge,

You can store these in the fridge, but I like them at room temperature. The chocolate and peanut butter are perfect at that temperature and taste just like warm fudge. Which I love. And I promise, you are going to want a huge glass of milk with these rich peanut butter cup brownies!! 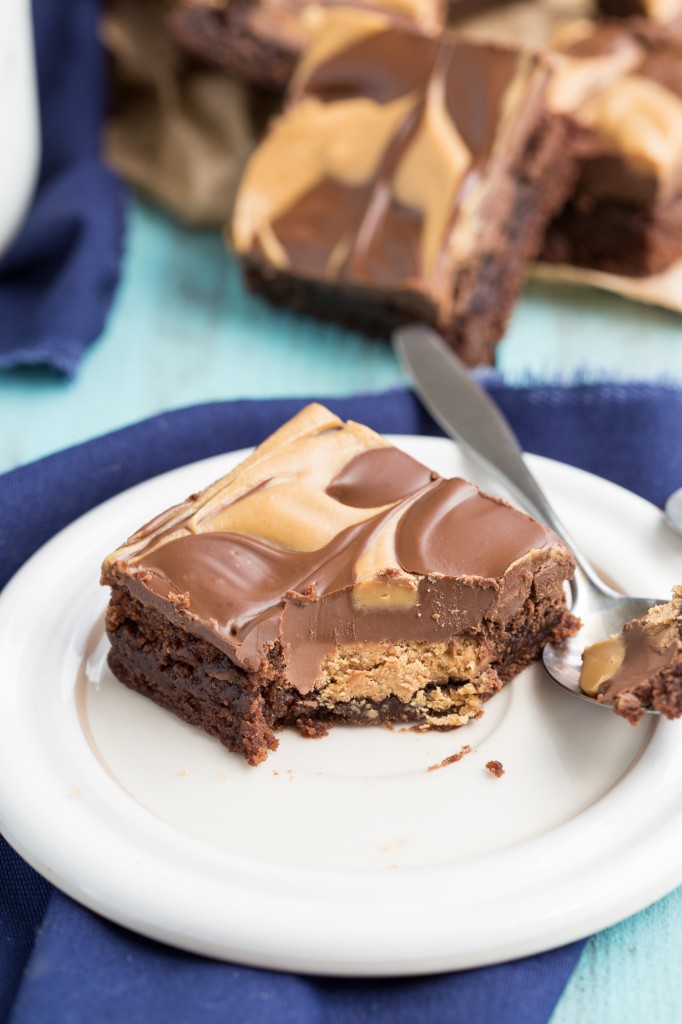